Daystar offered me one of the first run of the new Calcium H Line Quarks in time for Astrofest next week so I took them up on it and parted with a bit more silver.

On Saturday, I was finally able to carry out some initial visual testing. Results as follows;

So firstly I have never attempted to observe at the calcium wavelength and in the past my only experience has been imaging using either the Lunt Calcium K module or Baader K-Line filter and combinations. As the eye has trouble with intense blue/violet light and not really being inclined to stare at UV light, I have no reference with which to compare the H-Line filter.

As neither the Lunt or Baader offerings need an ERF (the Lunt includes its own and the K-Line filter is used in conjunction with a wedge or white light filter) then my testing was limited to use with an Astronomik UV/IR cut filter which has a window in the calcium band. This precluded use with a big scope so testing was limited to a 4" scope. Unless I can find a good dual purpose (as in Calcium and Ha) front ERF or realistically priced Calcium one, I will conduct further tests on bigger scopes using an Astronomik Blue filter as this has a cut point just below the Calcium band.

Testing was done using an APM 107/700 Apochromat as I think its focal length and aperture are probably typical of the scopes most likely to get used with the Calcium Quark.

The Calcium Quark is as per the Quark Combo in as much as it is a short unit without telecentric. It has a short nose piece. This is removable and can be replaced with either a longer 1.25" nose or 2" nose, both of which are supplied. I noted that despite the safety cut outs on the 2" nose, there is no shoulder on it so when placed in a 2" clamp it will go straight through it!

The Daystar manual suggests the Calcium Quark is designed for use with scopes from F7. This seemed to me to be very low for use with an etalon so initially I configured the system as if it were an Ha Quark. I started by using a Baader TZ-4 4x Telecentric. Although this is optimised for Ha it seemed to work fine.

Using a Televue 40mm Plossl it proved quite a challenge to find focus. The 'glow' in the eyepiece of an out of focus sun in Calcium is quite difficult to see and focus on. But after a few false starts I found focus. The view was, well, not massively different to a white light view albeit a blue/violet colour. Plage was more visible than it is in white light. Overall the view was darker than with an Ha system. I then changed to an APM 2.7x barlow, which is not telecentric but is well corrected at the 400nm wavelength. This improved brightness a little. I then tried a 32mm plossl which improved brightness but otherwise improved nothing. Normally using the APM 2.7x on an Ha Quark results in visible hot spots as the barlow is not telecentric. However with the Calcium this was not obvious. I would also point out that the Calcium Quark appeared very uniform, probably due to its 5A quoted bandpass.

As Daystar had suggested it would work with F7, I then decided to try it without the barlow. The APM 107/700 is F6.5 but I figured it would be close enough. I was quite surprised that it seemed to work perfectly fine like this. I subsequently tried the 40 and 32mm plossl's again plus a 9mm Baader Morpheus and both the 7mm and 11mm versions of the new Televue DeLites. All worked very well and all gave crisp full disc views. The best combination seemed to be using the 11mm which offered the highest contrast and made all the surface features the most visible.

Prominences. Daystar claim these can be seen using the filter but the manuals example is clearly that of an overexposed image which is no different to what would be needed using a Lunt module. During observing I was convinced there was some kind of 'glow' around the limb but I could not honestly say I saw a prominence. Without an Ha reference I don't know if there was anything sizeable on the limb to have seen anyway. Inconclusive.

Verdict so far. The Quark Calcium is quite flexible in how it can be used given it does not necessarily need or benefit from using a telecentric. However it is not going to give detailed views of the chromosphere with a 4" scope. To get in close enough needs the telecentric and that reduces brightness and hence contrast to a level that makes observation hard. It will be interesting to see what happens with a bigger scope so I will be trying it with a 152/1200 in due course. Full disc views using it without a telecentric and short focal length eyepiece are probably the most satisfying visually but are only just a bit more entertaining than a white light filter. Given the difficulty in focusing blue / violet light and peoples different perception of it, I would not automatically offer calcium visually at an outreach event. It may be better with a bigger scope but with the 4" I don't think it has enough wow factor.

So at the moment it is very much more an imaging tool than a visual one based on this initial and admittedly short test with a low sun on a winters day. As soon as I have played with a bigger scope and captured some images I will post an update.

Thanks for this review Rupert, I really look forward to an image

When I look through a Lunt CaK the image of the Sun looks identical to regular images seen in CaK with super-granulation, plage and spots etc. Did you see super-granulation? as you said it looked similar to a WL view (what I feared).

Great first light Rupert, thanks for this

I did see granulation but I was hoping to get a nice bright partial disc view with lots of detail. So far I have not managed that as at that scale the brightness is too low. Its early days yet and I also have to consider the low sun. Had I been using an Ha filter with the sun as it was I would have expected it to be a bit featureless as well.

Thanks Rupert for the quick overview.

Id like to try one of my caK eyepieces in one

converts UV to green "too better see with my dear"

this is my improved version 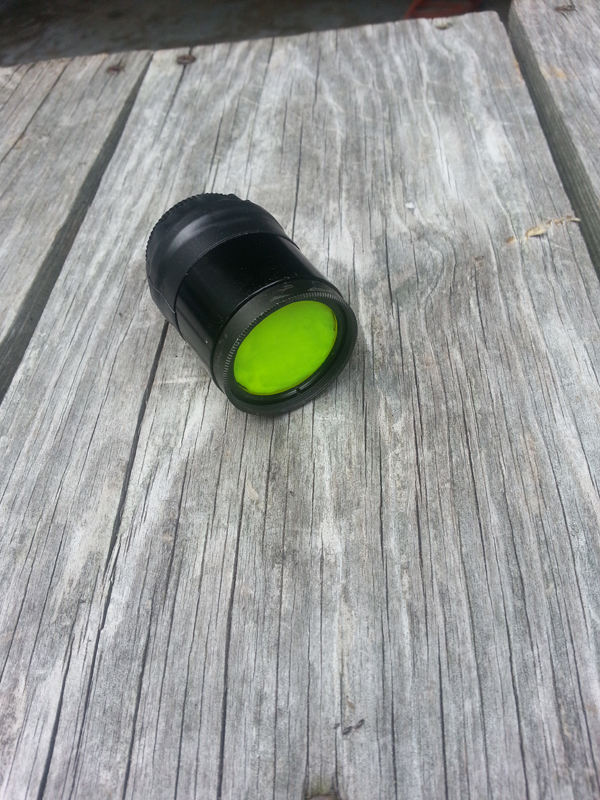 Interesting solution. You should start production! 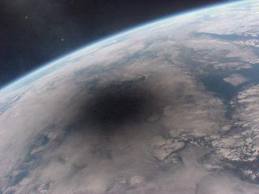 Way exact product Did you use?

is question directed to me?
im not sure what you mean - uv paint?

Yes, what uv maint to get adhesion on glass....

here it is
trick - need to water down to let paint particles rain down on glass in uniform manner
not to thin and not to thick it then takes a day to dry - forms a thin rubber coating where image forms
also -- keep clean -or you will see dust particles! 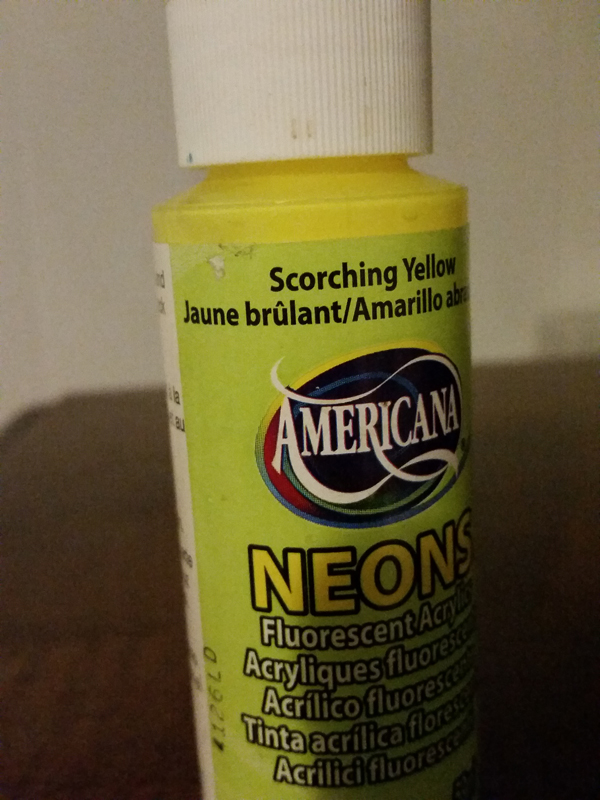 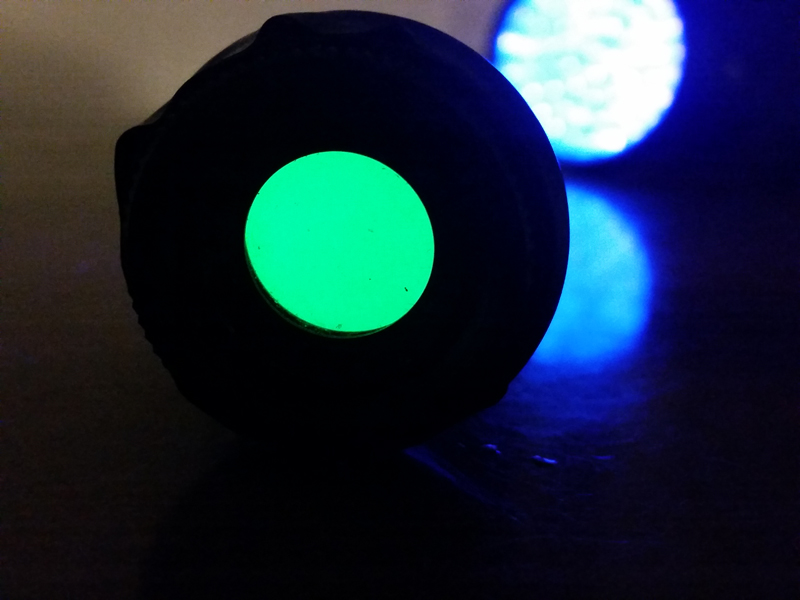 another trick i use to look at UV sun
But much more expensive(500 US or more!) and more risky (unit can be destroyed)
get an older Gen 2 night vision device
and look at UV sun
works real well
but turn on only when in UV unit - daylight can burn tube out
tube sensitivity to UV not great but in this case that's an asset
is counter logic to use a night device for the sun but in this case it works! 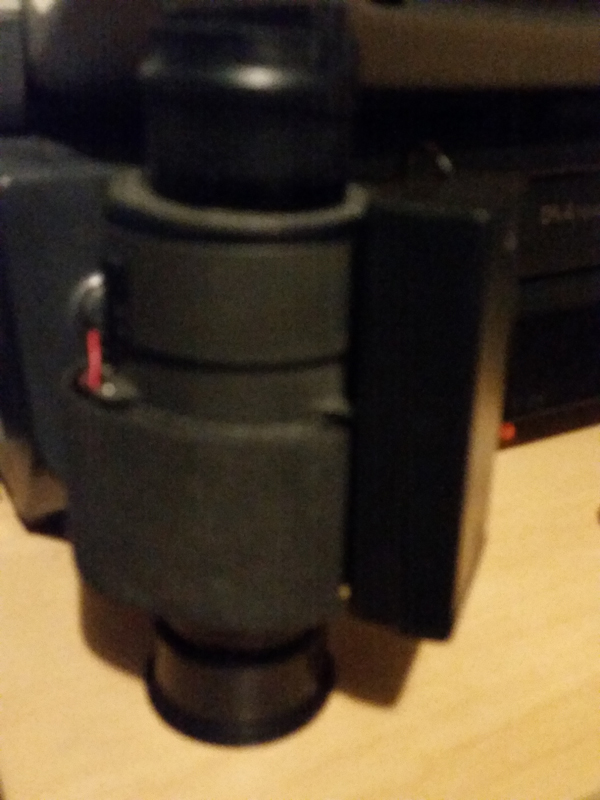 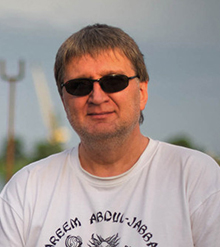 The sun looks fine through a Lunt CaK module - with all it's main properties. Why do we need to
try to develop something less advanced?


if you referencing why daystar is creating the caH quark
I guess to sell something to make money -- no?

Astrograph - no new attempts with this item?