Took delivery of my new ASI290MM yesterday and, had hoped to try it out on the 8" Solar Newton chasing granules. However, viewing conditions precluded this but, a number of prominence's were available in H1a so, they became the imaging targets. Moreover, a very large Hurricane (Matthew) is nearby and, though predicted to turn North, one is always cautious until the event is over. If the low over the SE USA were to weaken and, the Atlantic high were to strengthen, we could have a Cat. 4 Hurricane causing major problems in Cayman. 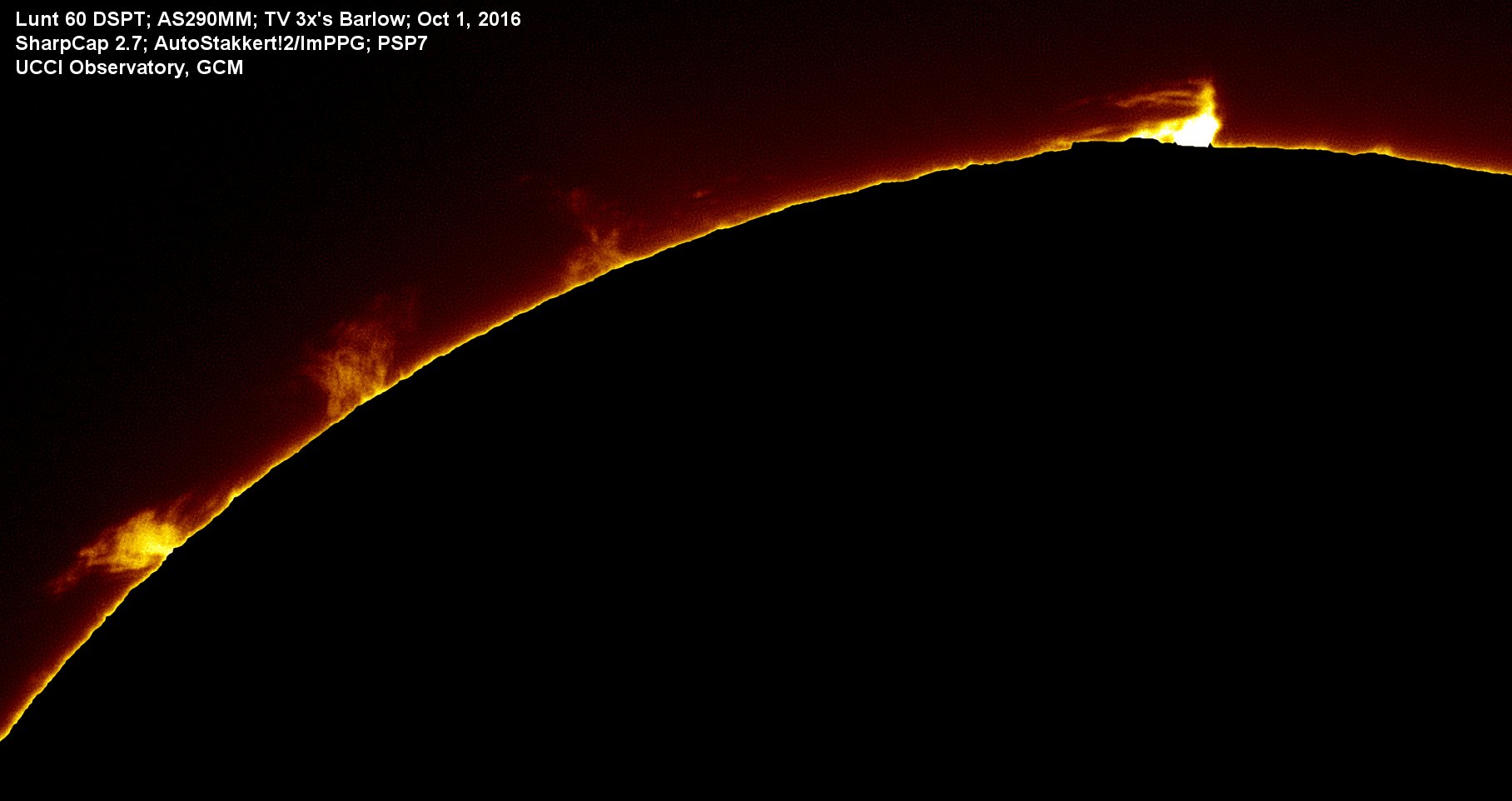 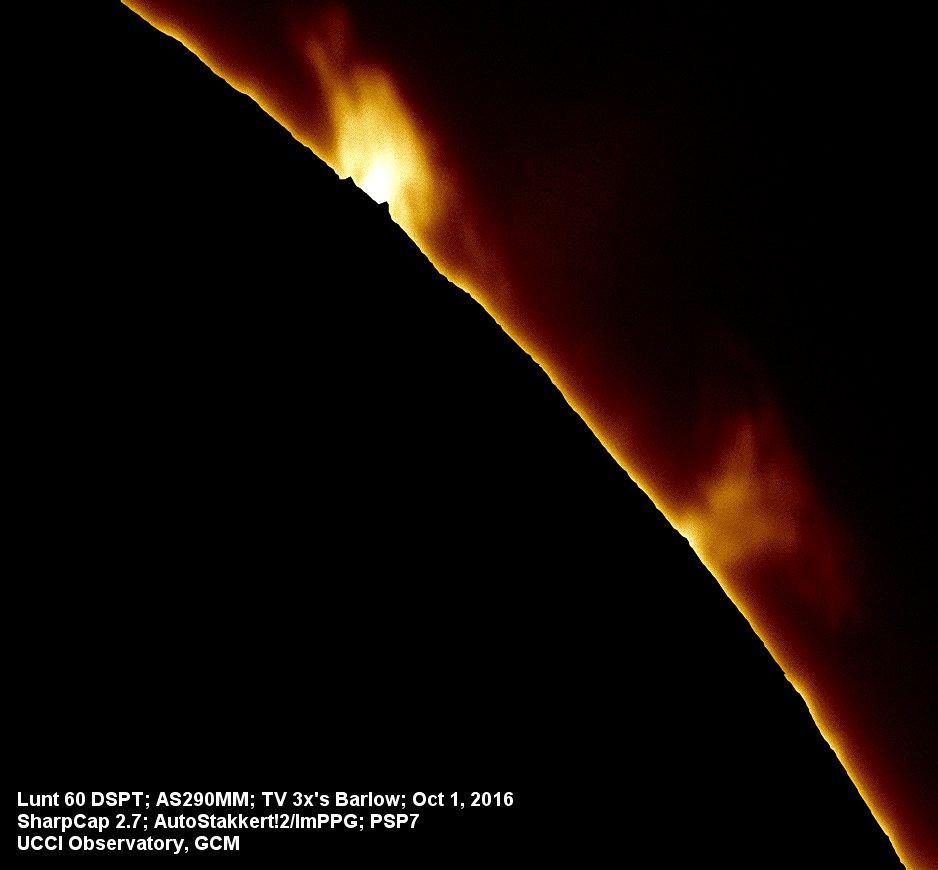 This is the projected path of Hurricane Matthew as of this morning. This is an IR-AVN image of the Hurricane in the Caribbean. 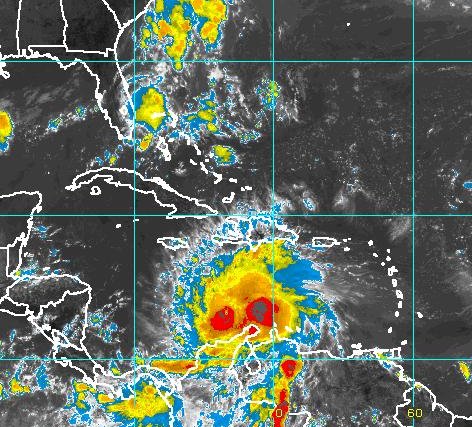