Session time is 12:24pm to 2:45pm EST local time ( US ). Skies are mostly clear but with some high cloudiness. Temp is 39F. Seeing is a bit below average.

Coronado SolarMax II 90 DS. 32x, 44.5x and 64x ( Ha )
The disc shows some interesting detail today. I see three easy filaments in the SE. I also see a fainter one to the immediate west of those and a tiny difficult one SE of the uppermost one just north of a line between it and a prom on the limb. I also see a filament at the SW limb very close to the proms located there. I cannot see a connection between them. The NW shows a filament that I think I can see a connection to a prom located there making it a filaprom.

Prominences are nice today. Surprisingly bright and easy even in doublestack. The SE has a fairly large bright one that changes in appearance some during the session. I can see vertical striations within it. The NW shows 4 proms that also show some changes during the session. The northernmost one looks to be a filaprom. The SW shows a row of short proms. I see a couple of smaller faint proms on the western limb between the two major prominence areas. The southernmost one matches the location of a prom that GONG shows there but another tiny one is seen to it's immediate north which GONG does not show. It shows one a little further up which I do not see. But proms, especially small ones can change fast.

I can see a plage just inside the SE limb. It's small but easy. I also see a couple of tiny filaments near it! Folks I can nearly equal GONG Cerro Tololo's Ha view today! However is shows a slight texturing to the SE and SW areas that differ slightly from the rest of the chromosphere. That is beyond what I can see today. I know many of you superb imagers can easily top the GONG network images.

I did get one iPhone ha image today. Not the best but it does show the NW prom.


Celestron NexStar 102GT w/Altair wedge and 540nm filter 55.5x and 80x ( WL )
I can see faculae in the SE and SW. The SE faculae have a couple of smaller brighter patches near the limb. One corresponds to a plage seen there in Ha. The SDOHMI continuum image shows two very tiny pores there! Try as I might I cannot see them visually. I can only glimpse the solar granulation today. 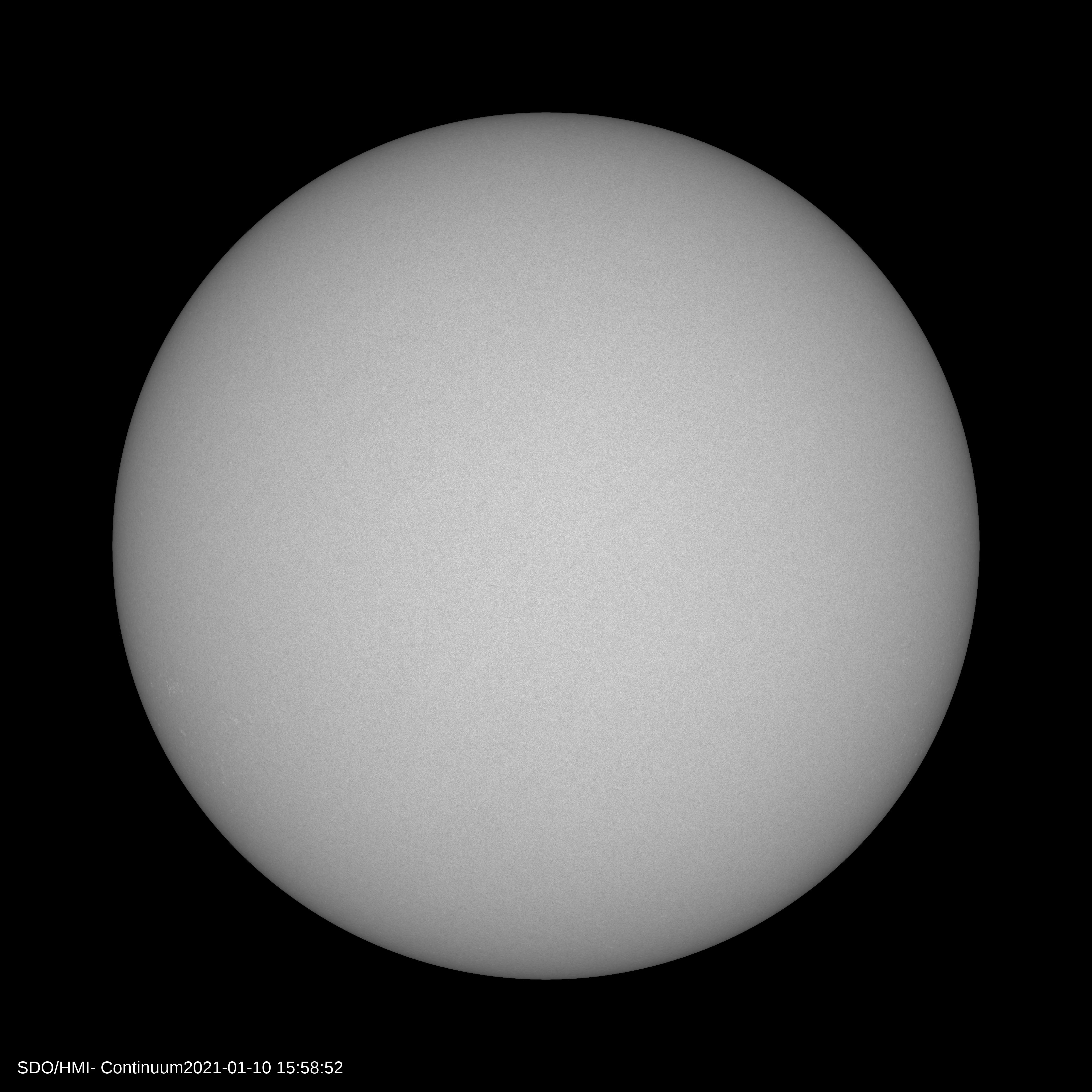 James, thanks for the report, just got 2 images due to bad weather.
Regards,
Eric.

Thanks Eric. I fought trees most of the time!

Sounds like you had a very good session today James

and I am loving the iPhone image

Thank you Eric and Alexandra. Today is going to be a cloud out for me. We have snow flurries this morning turning to light rain this afternoon. The SDO HMI continuum image shows two pores in a plage near the SE limb. 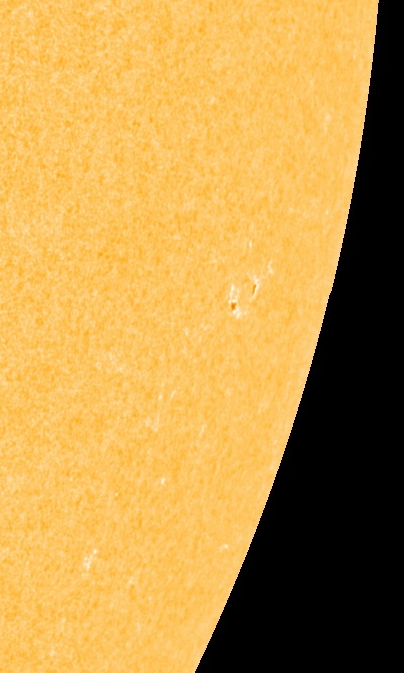 Thanks for the report James, cloud here again but i've been at work all day anyway...

Hi James,
A delayed response - but those two pores are from the decayed AR and it was 50/50 whether they might change to spots, but the good news is that for a change, some eastern and north-activity is possible over the next few days - if their active regions continue across those limbs.

Your iPhone image has come out quite well.

Your iPhone image has come out quite well._Terry

It's not sharp enough. Ha always proves a challenge with the iPhone camera.